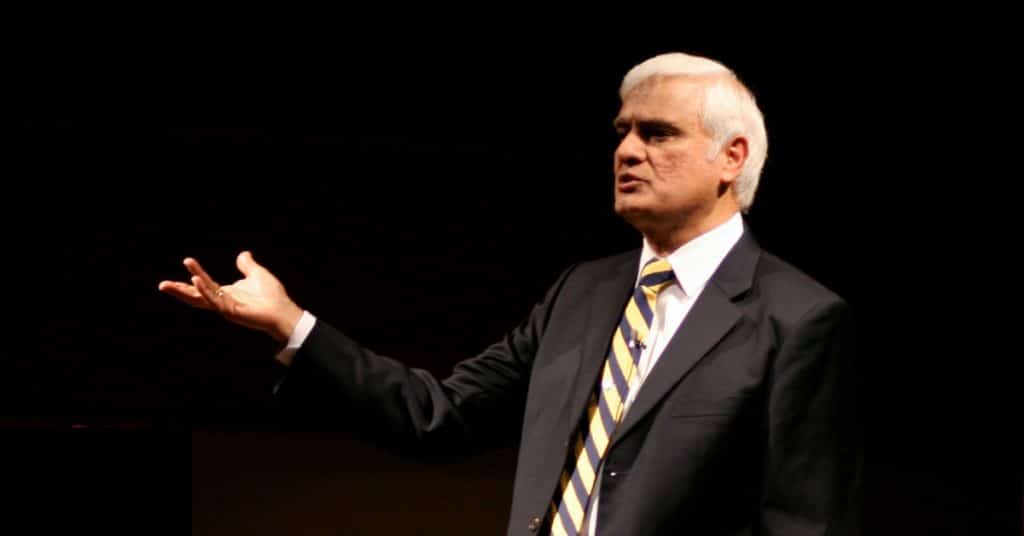 “I am reminded of your sincere faith, a faith that dwelt first in your grandmother Lois and your mother Eunice and now, I am sure, dwells in you as well”

An amazing apologist and evangelist named Ravi Zacharias lost his battle to cancer at the age of 74 this week.  He was truly one of the greatest Christian minds in the 20th century.  He famously debated Muslim imams, Mormon elders, and other religious leaders, often leading them to Christ.  He became a Christian in a dark moment of His life.  When he was 17, he tried to commit suicide by drinking poison.  A hospital worker gave his mother a bible, and after reading John 14, Ravi gave His life to Jesus.  Ravi would spend the rest of His life leaving no stone unturned in the pursuit of truth, and in his death, he left a legacy of faith, obedience, intellect, all pointing to Jesus Christ as the foundation for them all.

The sudden sickness and death of Ravi made me rethink my own walk with Christ.  When death becomes a reality to us, it has a way of doing that.  I thought to myself, “What will people remember about me after I am gone?”  What people will remember most about Ravi is that his life was lived to see the lost found, the dead brought to life, and Christ glorified through apologetic and evangelistic discourse.  In this thought process, I realized that I need to work hard to continue to learn, to witness, to share, to live, and to exalt with all of my heart, bringing honor and fame to the one who deserves it the most.

Make no mistake, we all will readily admit that we have flaws that are easy to perceive, and too often fail to model Christ in every situation.  The discouragement from our failed efforts to live in obedience to Christ often leads us to a “do as I say, not as I do” lifestyle.  We can easily become afraid of being called a hypocrite by others.  However, we must come into the realization that you and I are leaving a legacy.  Are we leaving a legacy of sinfulness, selfishness, and Godlessness, or are we leaving a legacy that points to Christ?

If we are to leave a legacy for Christ, we must commit to doing three things.  First, we must know and teach the Gospel to those around us.  Tim Challies says, “If you leave your children full pockets but empty souls, you have neglected your most important duty.”  While we can’t force our children or those around us to believe, our goal must be to share, and to share well, with our words and actions.  Second, we must commit a life of Godliness.  Our godliness is on display not only to our family, but to others as well.  In the verse above, Paul makes note of the faithfulness of Timothy.  But where does Paul say that faith first dwelt?  It was with Tiimothy’s mother and grandmother.  What a testimony!  Your godliness is on display to your children and grandchildren.  So then, you must make your faith count by speaking and living the gospel and passing on your faith and hope in Christ to those around you, especially to your family.

If there’s one thing that I’ve learned this week, it’s that life is short.  We must utilize the time we have now to minister to those around us and to soak up God’s Word.  Be encouraged!  You have everything you need to leave a legacy that points to Christ.