You are called to be salty! 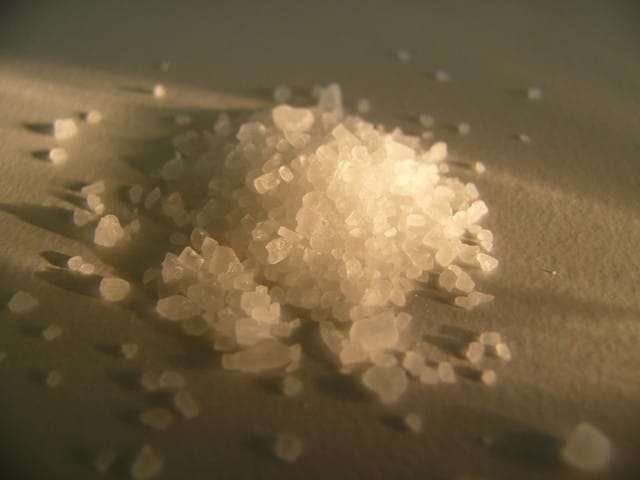 “You are the salt of the earth, but if salt has lost its taste, how shall its saltiness be restored? It is no longer good for anything except to be thrown out and trampled under people’s feet.”
When we surrender our lives over to Jesus Christ, something changes inside of us.  We become something different.  This is what Paul was referring to in Romans 6:4, “We were buried therefore with him by baptism into death, in order that, just as Christ was raised from the dead by the glory of the Father, we too might walk in newness of life.”  This newness of life looks like something, something far different than the world around us.  It looks like salt…
Salt is a flavor enhancer and a natural preservative.  In the days of Christ, there would have been many people selling salt in the marketplace for those reasons.  As a matter of fact, much of the salt sold in the market in Israel would have probably been collected from the Dead Sea.  That’s because the Dead Sea is the saltiest body of water in the world.  At a saltine level of 33.7 percent, it is almost 10 times saltier than ocean water.  The water from the sea would gather in pools, and after months of sitting, those pools of water would turn into crystals of rock salt.  People would then scoop up the rock salt, break it up, and sell it in the marketplace.  However, there was one giant problem: it wasn’t real salt!  The Dead Sea is contaminated with a mineral called gypsum that looks and smells just like salt.  It doesn’t, however, preserve like salt, nor does it enhance the flavor of foods like salt…it is an imposter salt!  People knew this but would sell the substance as salt anyway.  Its only use was to be thrown on the ground to keep vegetation from growing on the footpaths of the city.
This gives us a ton of insight into why Jesus would talk about us being the salt of the earth.  Jesus asks a strange question when he says, “but if salt has lost its taste, how shall its saltiness be restored?”  The truth of the matter is that salt without flavor is not salt at all.  It is worthless material that doesn’t do what salt is meant to do.  In this passage, Jesus is reminding us that we, His followers, are the real deal.  We aren’t fake salt, but real, genuine salt…salt that is meant to preserve the glory of God here on earth and to enhance the world around us by bringing attention, fame, and glory to God the Father.  We are meant to be salty!
There are many things in this world that are just like gypsum.  Other religions claim to be the truth, but they are full of impurities, and that makes them a false religion…gypsum.  We falsely believe that money has the power to bring enhancement and preservation to our lives, but we never have enough to be truly satisfied…gypsum.  We think if we just had more stuff, our lives would be better, but stuff breaks and doesn’t ultimately satisfy…gypsum.  Jesus, however, says that we, THE CHURCH, are the salt of the earth.  WE are the ones who bring enhancement and preservation to the world around us.  In and of ourselves this could never be were it not for the saving grace of Jesus Christ.  Nevertheless, Christ’s encouragement to us is that He has given us life (saltiness) so that we could bring others to the life giver!    He is the real salt of life, and because He lives in us, we can give it away!
In a world full of fake salt, we are called to be real salt.  We are called to glorify God in all things so that the world would know what real life looks like.  Be encouraged!  You are the salt of the Earth!
–Pastor Chris