This is getting out of control… 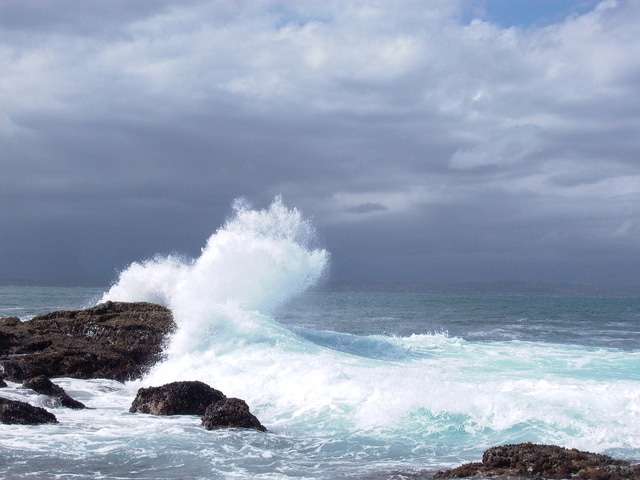 This is getting out of control… Mark 4:35-41
“And they woke him and said to him, ‘Teacher, do you not care that we are perishing?’” ~ Mark 4:38b
Mark 4:35-41 is a passage that many of us have heard time and again.  The disciples, upwards of 70, get into multiple boats and begin to cross the Sea of Galilee (v. 36).  While sailing on the western shore, they encountered a tremendous storm.  Now the Sea of Galilee was known for these storms, and these disciples, some being fisherman, would have knowledge and experience to weather the storm.  The Greek word used here “Lailaps” means a windstorm or a squall.  This would have been the equivalent of a modern-day hurricane.  The disciples were caught in a terrible storm, and they truly thought they were going to die.
I want you to imagine the scene.  The disciples who were with Jesus are frantically bailing water out of the boat because it was filling with water (v. 37).  They were afraid that they would drown.  They are looking around at the other boats with them and watching them take on water as well.  Everything around them seems to be falling apart, their life is on the line, and there is nothing they can do about it.  Does this sound familiar?   The media is painting a grim picture of what’s happening around our world.  Many news organizations have a window on the side of their broadcast that has regular updates on the number of confirmed cases of Corona virus and deaths both in the U.S. and around the world.  There is also a window on the screen that has a live update on the stock market, which in the past two weeks has seen record losses.  Many are wondering how the economy will survive, and others wonder how we’ll ever recover from a national debt that is ever increasing, and now has added a stimulus package of over 2 trillion dollars.  In the back of our minds, we wonder how this will affect us, our health, our livelihood, and our family and friends.   In that moment, the disciples felt exactly what many of us are feeling right now.  They looked around at all the chaos and tried, with their own hands, to fix the problem but to no avail.  They ran to Jesus in fear, calling Him out for his lack of action.  In summary, they shouted, “Jesus!  What are you doing?  Are you just going to let us die here?  Hello???  ARE YOU LISTENING?????”  Jesus wakes up and, with a word “Peace,” calms the storm.  He then rebukes the disciples for their lack of faith in Him.
I want you to think about our situation.  There is a storm brewing that you and I have no control over.  We can flail about and wonder where God is at a time like this; we would be in good company with the disciples of Christ.  We can look around us and proclaim, “The sky is falling!” and work feverishly to try and save ourselves.  Ultimately, it’s all in vain because the storm rages on.  There are plenty of what if scenarios that may play through our heads.  There is only one, however, that controls the storm.  There is only one who, with a word, stops the anguish.  There is only one who proclaims, “Peace!” and the storm is over.  That is the Lord Jesus Christ alone.  He, alone, can bring peace to the chaos and calm the storm that is going on all around us.
The biggest problem, however, is not the storm.  The biggest problem is how we approach the Lord during this time.  Are we going to Him in fear as the disciples did?  Are we working hard to fix the problem while wondering why God isn’t doing anything?  Notice that Jesus had a harsh rebuke for his disciples.  He didn’t rebuke their work; He rebuked their lack of faith.  In this trying time, God expects deep, abiding faith.  The disciples rightly went to the Lord Jesus in their time of need, but they did so out of fear.  God expects us to come to Him now full of faith.  So then, let’s turn to Him during this crisis with the expectation that our sovereign God will speak peace into our chaos.  Just as Jesus did, He will do so when He is ready.

Pastor John is married to his beautiful wife Kimberly and has 5 young children. John holds a Master’s of Theology (ThM.) from Dallas Theological Seminary and has been serving in full-time pastoral ministry for 10+ years. John is passionate about declaring the truth of the Gospel and leading people in their knowledge, understanding and application of God's Word.